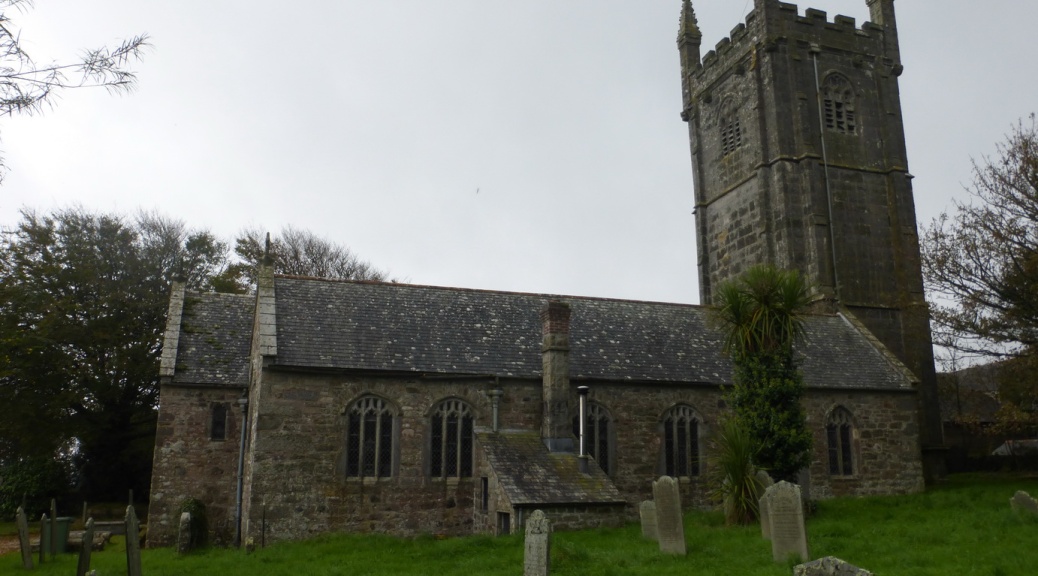 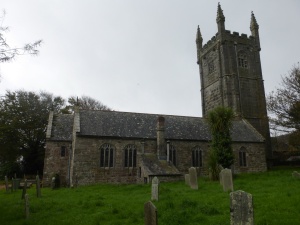 Ludgvan church stands in its own churchtown above the modern village in what was quite probably a Celtic lan. Without trees, the view would sweep down to Mount’s Bay.

It boasts a bold C15 three-stage tower with pinnacles and angel’s heads, similar to that at Breage not far away.

One is greeted by a carving above the south door which may well be of St Ludewon, or Ludgvan, to whom the church is dedicated. He carries a cross and a spade.

Inside, the church is broad but surprisingly dark as there is any plaster was long ago removed to expose the bare walls. This removed a painting of St Christopher which once adorned the north wall, again much the same as at Breage.

The north arcade pillars are of a sparkly granite, rich in mica, and are craftsman’ cut. Those on the south side are machine-cut and regular, a result of the first restoration and extension in 1840.

The font is C19 but was possibly constructed by turning a Norman one upside down as the carving looks of that period.

Two names stand out in this church: the Davy family whose most famous son was Humphrey Davy, and the Borlase family. William Borlase, the famous Cornish antiquarian was Rector here in the C18. There is a monument to Borlase’s son Christopher and several to the Davy family.

The Davy family liked words. A monument to Catherine talks of her vertues (sic) which were ‘too greate to be forgott’, another to AD, the wife of RD is probably another and yet another is to Humphrey Davy’s parents. 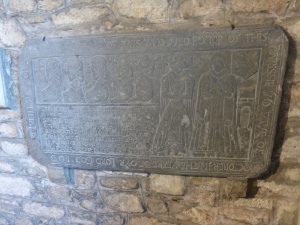 The most attractive monument is a slate one to John South (d1636) showing his four daughters meekly kneeling. The verse is not by one of the great poets:

Let nature’s courier children have
A tongueless tombe, or but a grave.
South the meridian point of wit
Can never set, but shineth if
Ripe artist, and divine inspir’d
Thou liv’dst, thou di’dst, belov’d admir’d
Hyperbolize I doe not true
All’s here deare dearest friend a due.

One curiosity is that there is no bold reredos at the east end and the windowsill is low. Behind the altar is a convenient radiator to encourage the celebrant to stand on the east side of the altar in cold weather.

Outside, in the churchyard, are three lovely stone crosses: two wheel-headed and one Latin one.

Ludgvan is on the St Michael’s Way and may well have been on that pilgrim route in medieval times. Close by is the holy well of St Ludgvan. 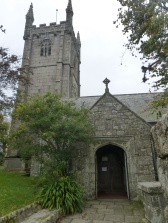 Ludgvan: the carving of St Ludgvan 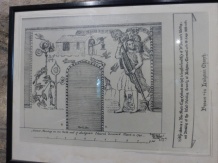 Ludgvan: a sketch showing how the St Christopher once appeared 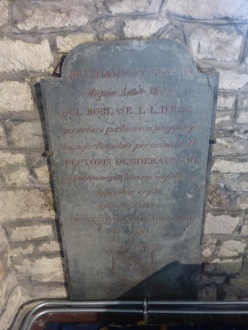 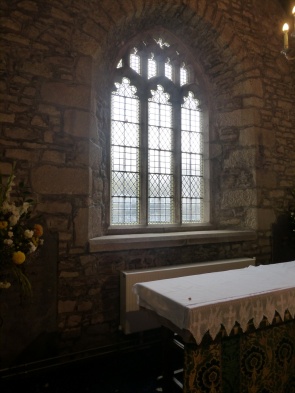 Ludgvan: the east end with a radiator to warm the celebrant’s backside